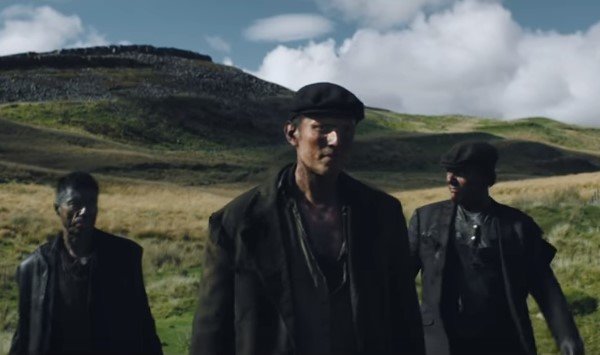 Alt-J have released a short film for their new single, Pleader.

The track is lifted from the band’s latest album, ‘Relaxer’, while the visuals were inspired by Richard Llewlyn’s book How Green Was My Valley? and stars Sophie Cookson and Morgan Watkins.

Discussing the video with NPR, who premiered it, the band said:

“When we set out to make a video for Pleader. Joe sent the following one line brief to director Isaiah Seret: “a Welsh mining love story; a tidal wave of earth.” What Isaiah came back with was an epic short film, inspired both by the song’s source material and Tarkovsky’s The Sacrifice. A family must pit their desire to have a child against the knowledge that this would destroy their community. The hypnotic, hymnal quality of the song binds the video throughout, hinting at redemption while destruction takes place.”