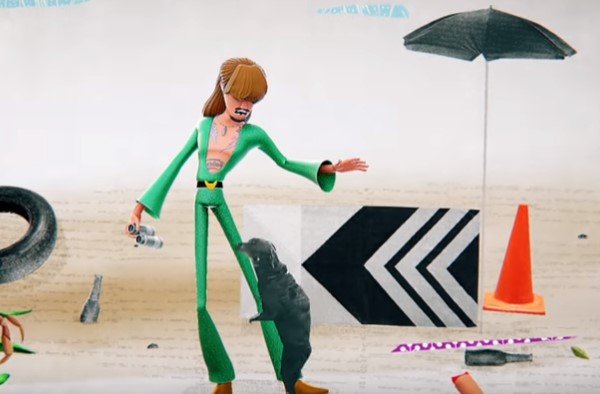 The Darkness have unveiled a video for their new single, Happiness.

The track is lifted from the rockers’ fifth studio album, ‘Pinewood Smile’, which was released in October. Speaking about the track, vocalist Justin Hawkins said:

“Happiness is about seeing only the golden sand and overlooking the broken glass. Hearing the waves crash and filtering out the grotesque cries of mating gulls. Smelling the distant odour of fresh chips and ignoring the stench of nearby dog shit. Happiness is a choice. Choose The Darkness.”

The band are currently on tour in the UK, with dates left in Guildford, Margate, Southend, Birmingham, London, Brighton, Cardiff and Bristol. Tickets are on sale now.