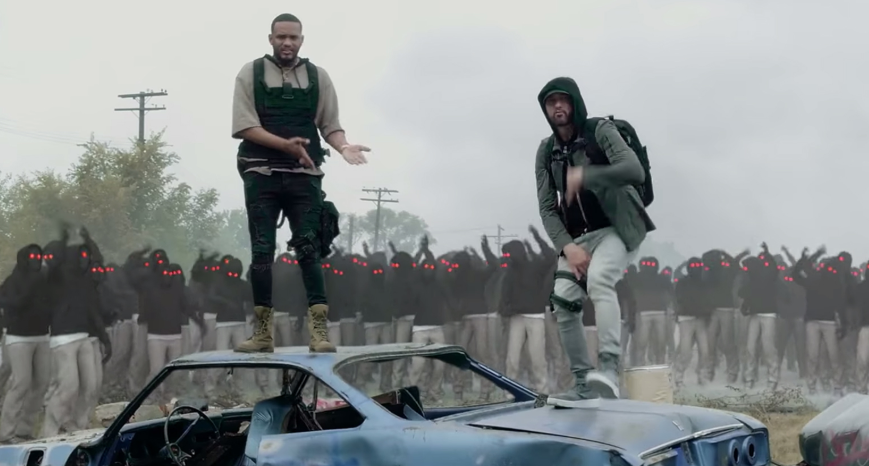 Eminem has unveiled a video accompanying his Joyner Lucas collaboration, Lucky You.

The track features on the Detroit rapper’s recent surprise album, ‘Kamikaze’, while the video follows a clip for Fall featuring Bon Iver’s Justin Vernon and finds Eminem and Lucas confronted by a mass of hooded beings who copy their every move.

Executively produced by Eminem and Dr. Dre, ‘Kamikaze’ follows last year’’s ‘Revival’. The sleeve is inspired by the artwork for the Beastie Boys’ 1986 debut ‘Licensed to Ill’.

Eminem’s recently made YouTube history with his track, Killshot, which had the largest debut of a hip-hop song ever, grabbing 38.1 million views in 24 hours. The track was released in response to Machine Gun Kelly’s diss track, Rap Devil, itself a reaction to Slim’s comments about Kelly on ‘Kamikaze’.