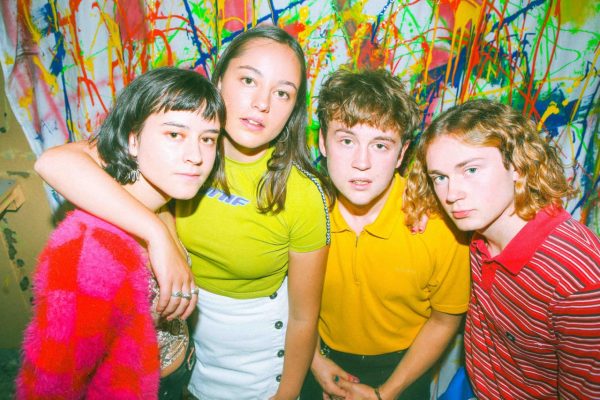 *To the tune of the Backstreet Boys, which has been spinning in my head for six hours since they announced a UK tour this morning. You’re welcome.*

After the release of highly regarded ‘Silver Dollar Moment’ earlier this year, dream poppers the Orielles’ new one is a funky song about a cat. Influenced by a northern soul vibe and that post-punk revival scene that’s knocking around, it’s fun, groovy and just a little bit psychedelic.

The band said of the track: “It centres around the story of a cat named Bobbi who, in order to become a lady, has to experience the extremities of two complex and differing realities – situated in her front and back gardens respectively.”

Bobbie’s Second World comes backed by a cover of Peggy Gou’s It Makes You Forget (Itgehane), a bop that makes some interesting use of panning in the vocal break. Get your ears and dancing shoes ready, it’s Friday.

WHY WOULD YOU NOT WANT THIS IN YOUR LIFE?!

Basquiat is a disco party in its Sunday Best. Loose piano trills open the track, along with simple staccato vocals and some tickling percussion, before that funky bass guitar kicks in and the party starts. Awwww yeeah.

It was written earlier this year for the Barbican’s Video Jam event, inspired by the work of artist Jean-Michel Basquiat.

More than anything, Yanya’s new song and video combo is here purely as the latest instalment to one of my favourite in-head listicles, People Playing Electric Guitars That Aren’t Plugged In. She is second to the current chart topper: Snail Mail’s Heatwave, which finds Lindsey Jordan playing while ice skating. Come on now.