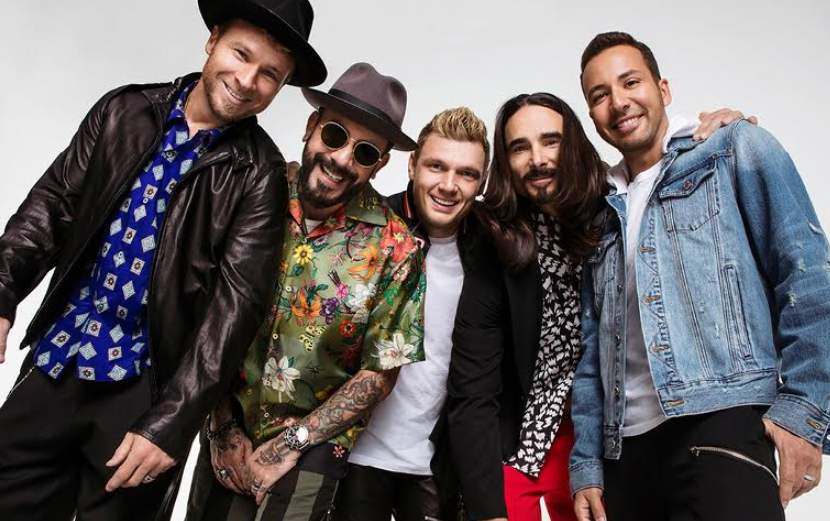 Spice Girls are touring, Westlife are reuniting and Backstreet’s Back! The boyband that rose to fame in the ’90s announced last week they’re returning with a new album and a massive world tour beginning early in 2019. Backstreet Boys tickets are on sale now, priced £40.00/£45.00 plus fees.

Over the course of three months, the iconic group will perform in North America and Europe, with UK and Ireland arena shows confirmed in Manchester, Dublin, Glasgow, Birmingham and London, where they’ll play the O2 Arena on June 17.

The DNA world tour shares its name with BSB’s upcoming 10th studio album, which is set to land on January 25 via RCA Records. The group recently shared the lead single, Chances.

“When this group started 26 years ago – and through all the highs and lows of our career – we’ve had to learn it wasn’t about us as individuals but about what’s best for the group,” says Howie D.

“That’s what I love about this album,” adds Kevin Richardson. “We were able to bring all of our influences and styles into one coherent piece of work. These songs are great representation of who we are as individuals and who we are as a group. It’s our DNA. We’re really proud of that.”

“The journey is ongoing with us and there is so much left to do,” says Brian Littrell. “We’re living the next chapter that hasn’t been told yet, and that’s exciting.”