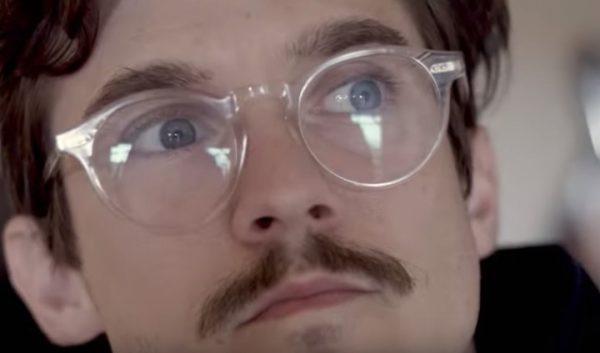 Happy Friday! The weather has turned, and just as suddenly as we had a heatwave in February, we’re now into relentless rain. Time to curl up with a cuppa and some great new music.

The Fake Problems frontman and one half of Antarctigo Vespucci is continuing his solo career. Farren’s second album under his own steam is called ‘Born Hot’, will arrive on October 11, and will feature the single Search 4 Me. While the song is a harmless, indie-pop number, the video is anything but. Meet ResistCat, the latest viral phenomenon.

Even though they’ve already released what’s in the running to be a contender for Album Of The Year, Big Thief just aren’t content with that, and have confirmed another. ‘Two Hands’ will arrive on October 11, ahead of tour dates around the UK in 2020. Check out the hypnotic, dark indie rock of its first cut, Not, then book some sweet, sweet tickets.

If modern soul is your jam, then you’re in luck. Kiwanuka, who released the anthemic ‘Love & Hate’ in 2016, will release a new, almost self-titled LP at the end of October, which will get support from a ten-date UK tour in March 2020.  Hell yeah. If you like the sound of that, you’ll definitely enjoy the first taste of ‘Kiwanuka’. You Ain’t The Problem hits all the right notes with African skipped rhythms and ’70s-esque production.

Those amigos are at it again, but this time they’re robbing a bank. In the video for Frosted Flakes, Quavo and Takeoff conduct an elaborate heist, and almost get away with it. The track comes from a compilation album comprised of artists on the Quality Control roster, such as fellow Migos member Offset, Lil Yachty, City Girls, 24Heavy and Stefflon Don, as well as appearances from Megan Thee Stallion, Meek Mill, French Montana, Gunna, Playboi Carti, Travis Scott and Young Thug.