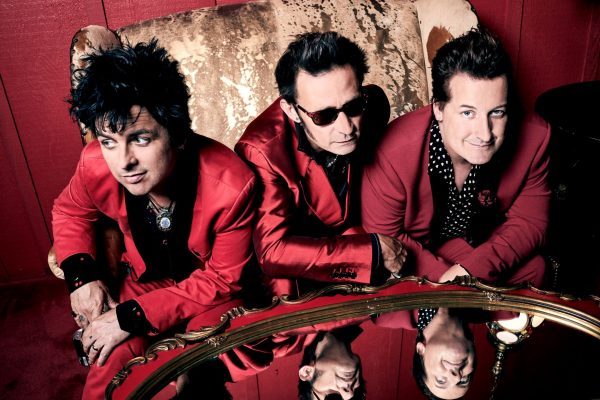 Happy Friday! We are SO close to leaving work, getting our pyjamas on, curling up with a pizza and watching that new Zach Galifianakis Netflix film purely for the Phoebe Bridgers/Matt Berninger collab. ‘Til then…

We likey. Can do, Billie Joe. Especially with the help of your new chaotic video for Father Of All… as well as tickets to the Hella Mega Tour, featuring co-headliners Fall Out Boy and Weezer, no less.

It’s time for a song about sanitary towels! Perhaps the first in its existence that wasn’t written for advertising purposes, Field Music’s latest single delves into why period products are projected onto women in a way that makes them feel ashamed of that monthly, normal thing that happens to literally billions of us.

It’s the first taste of a concept album looking at the after-effects of the First World War that’s due on January 2020 via Memphis Industries. The Brewis brothers and band will perform the record in full on tour in the UK in February 2020, and tickets are on sale now.

I don’t know about you, but I spent a large portion of yesterday evening watching the Mercury Prize — enjoying the performances, speculating potential winners, and generally being agog during Black Midi’s set. You need to check out their performance right now, as it was both mesmerising and “what the f**?!!”-inducing. Are they even speaking in English? Is the guitarist doing backflips?!

It was confirmed at the end of the night that South London rapper Dave was to take home  the gong for his debut album ‘Psychodrama’, a well-deserved award for an important record.

Until next time, my amigos. ✌️