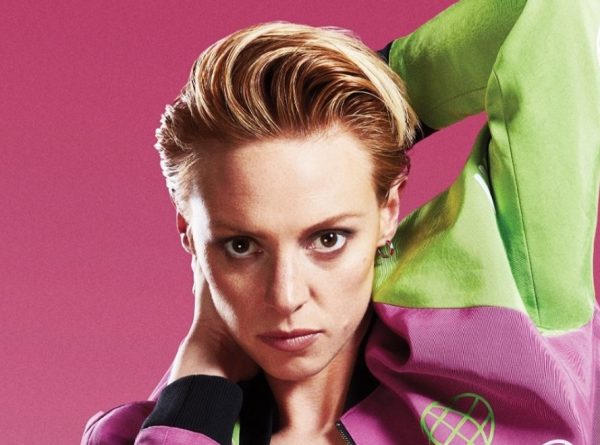 Yes, thank you, Game of Thrones, we are all now aware that winter has come. It’s dark when you leave for work in the morning and it’s pitch black by the time you get home. Your toes are always cold. Let’s try and bring back some long gone summer vibes via the magical powers of music.

There seems to be a theme of signing off for the week with a Friday-tinged, dance-worthy disco banger. This week, that is courtesy of La Roux! She’s back with International Woman Of Leisure, her first new single since 2014’s ‘Trouble In Paradise’. Along with her signature high vocals, we’ve got slinky guitars and groovy synths, as well one pretty colourful video. Yum! La Roux will play two shows at London’s Fabric in February. Tickets are on sale now.

What better way to recall the summer than with a video filmed right there and then? Porridge Radio recorded this live performance of Eugh, from their brilliantly titled 2016 EP ‘Rice, Pasta And Other Fillers’, backstage at Green Man Festival last year. Released this week, the post-punk four-piece bring twanging, sparkling guitars, a taunting bassline and coral-coloured clothing to the green fields of the Brecon Beacons. It reminds us of warm, lazy days, shot in the hazy low light of a summer’s afternoon. Aah.

Sticking with the summery theme, the Shins have released a song called Waimanalo, a beach on the island of Oʻahu in Hawaii. Its jittery, old-school country guitars and harmonicas take us to a land of blazing sunshine, with lyrics “sun on the waves, one thousand mornings, I’m still amazed” making it difficult to remember what winter even means. The song is part of a 7″ vinyl charity series, dubbed the ‘Fug Yep Soundation’, honouring the former Shins member Richard Swift, who died last year. Proceeds will go to Swift’s family and the charities MusiCares and Music Support UK.

I’m outta here! **dances out of the room in sun-fuelled bliss, before realising it’s actually super cold outside** Brrr!!!