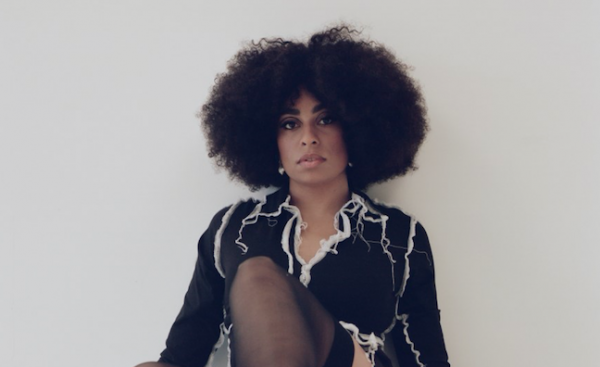 Congratulations! You made it through the first full working week of the year! It was long and painful, but you got there. Nice one! To celebrate, treat yourself to a sprinkling of music news that happened over the past seven days.

If you’re feeling a bit dull and drab at the start of a new decade, here’s something to make you feel even worse! Some people in our vicinity are absolutely smashing 2020, and it’s only January 10. You could have been this productive too, had you not been sprawled on the sofa snaffling extra large Galaxy bars for the last two weeks (guilty!). Celeste, a soul and R&B singer from Brighton, won the BBC Sound of 2020 award this week. What a way to start the year! She’s also got tour dates planned for April. Have you?

After the announcement on Thursday, she revealed a new single, Stop This Flame, as if to further confirm everyone’s already solid opinions about her amazing vocal talent. Opening with a Brubeck-inspired piano riff, the song transports the listener to a pop-inflected piece of contemporary soul that I’m sure will soon attract the fans of Emeli Sandé.

Our favourite Irish punk poets have shared a new video! The clip for Liberty Belle, a track from the album ‘Dogrel’ that dominated 2019, gets a mention this week because it highlights the incredible year that these lads have had.

The video is simple — footage from gigs they’ve played on a massive world tour, from festivals stages to sweaty underground venues, and of course, at the iconic Vicar Street in their hometown of Dublin. If all this footage is giving you serious FOMO, you’re in luck. They have more UK tour dates in 2020, including a massive show at Dublin’s Iveagh Gardens, in July. Is it too real for ya?

These guys love an unusual chord, and so do we. Peaness are an indie-pop trio from Chester who have been involved with the BBC Introducing scene for a while now, but have been relatively quiet since the release of their second EP ‘Are You Sure?’ in 2017. Kaizen, their newest bop, is sure to give you all those positive Friday feels.

Tight, summery chords à la Phoenix take control in the verses, and the title itself is a Japanese word that translates to “change for the good”. If that’s not something to pop on your resolutions list, I don’t know what is. Check out the lighthearted and upbeat video below, referencing all kinds of Japanese pop and gaming culture. Oh look, they have live shows planned too!

Woohoo! You made it to the weekend. See you next week for more fun music news. Ciao!