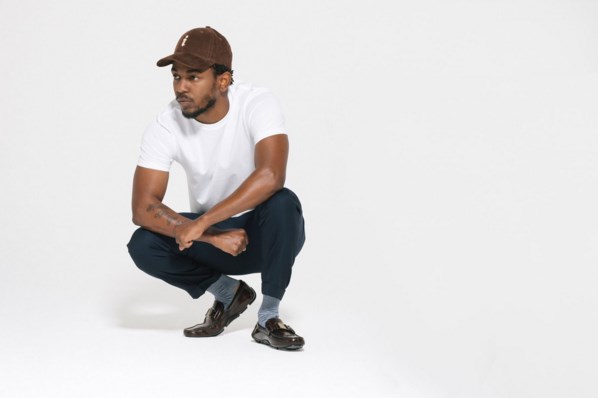 Rounding up my favourite albums in a year is always a difficult task in general, let alone for one genre, but I thought it’d be fitting after I wrote Top 10s the last two years. As it turns out, this year had one stand out record (one which I’ll be writing about in more detail). So, without further ado, my top 10 hip hop albums of 2015 (I’ve also cheated by including my favourite mixtapes):

1 Kendrick Lamar – To Pimp a Butterfly

An album that will deservedly establish the Compton emcee as one of the all-time great American artists. Even if you take away his unbelievable rapping ability – his cadence, his flow, his use of multisyllables, his breathless switch between vocal styles – this is still a genre-melding piece of art that asks serious questions/poses serious solutions to the problems facing urban America in the 21st century.

Possibly the most addictive rap album of the year. Tastefully employing production from No ID and Clams Casino, ‘Summertime 06’ has a grimy, almost suffocating aesthetic to it. Staples’ cut-throat lyrics only add to the sense of realism.

Incredible debut mixtape from an underground Arizona trio. The two emcees boast a lot of character, with relatable lyrics and lots of energy. Meanwhile, the producer takes influences from all over the shop – there’s old-school boom bap, trap hi-hats, jazzy samples, and it all works within context.

Triple Darkness members M9 and Cyrus Malachi have made the two best UK hip hop records of the 2010s, so it’s no surprise that I’ve been waiting for a record from the whole crew. The release didn’t receive much fanfare, but it’s everything you’d expect: dusty ‘90s-styled beats, complex lyricism and some ridiculous syllabic acrobatics from virtually every member.

Joey is one of the most talented young rappers in the game and I’ve been anticipating his full debut since his amazing ‘1999’ mixtape. The final product isn’t wildly experimental but it doesn’t need to be – Joey’s strengths lie in his creative wordplay and his old-school flow.

The Owls managed to get DJ Premier on board for this album’s single, ‘Think Twice’, and it’s not hard to see why. The London crew are conceptually creative and masters of flow and cadence.

7 Drake – If You’re Reading This It’s Too Late

Say what you like about the meme-baiting pop star, this “mixtape” is the project where Drake grew up. Matching punchy writing with minimalist production proves to be a winner. He’s not lost the ability to craft a good hook either.

Even though no British ‘rappers’ enjoyed mainstream success like Grime stars Stormzy or Skepta, emcees like Reppatwa confidently announced themselves. Reppalations is an experimental effort that combines old-school flows with modern messages and production techniques.

9 Freddie Gibbs – Shadow of a Doubt

Alongside Madlib, Gibbs released my favourite album of 2014 with the ambitious ‘70s-inspired ‘Pinata’. His gangster persona and menacing delivery are no less appealing here, although the Trap-by-numbers style of production isn’t quite as memorable.

Okay, it’s a bit long, but this was a massive return of form for Lupe after the lacklustre ‘Lasers’. Conceptually, the album tries for grandeur, but the most enjoyable thing about it was hearing Lupe finally rap with a bit of venom again.