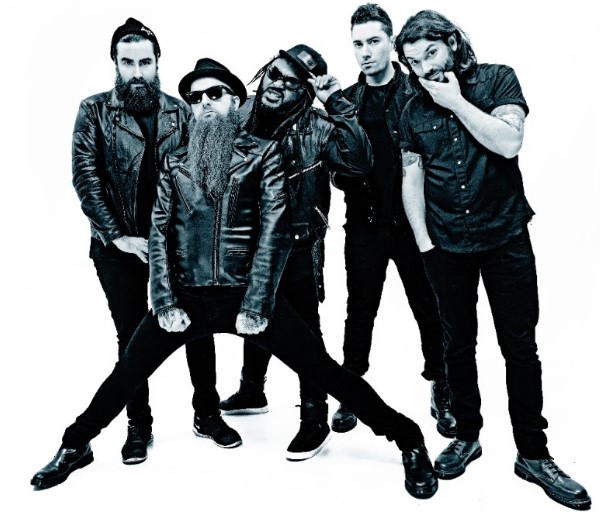 Steelhouse is set to return this weekend for its seventh staging and, while the Welsh classic rock festival has built up a loyal following over the years, along with a fistful of good reviews, to some extent it remains one of the calendar’s best-kept secrets.

Taking place on a remote Ebbw Vale farm (which quite literally sits atop a mountain), the first thing that grabs your attention as you make your way up the ridge is that you’re surrounded by some of the most spectacular scenery in Wales. The site is built by a 50-strong crew of volunteers – known as the Steelhouse Family – who give up their time to head up weeks in advance to set things up. In a region that is starved of live music events, this level of dedication is vital.

The community spirit echoes throughout the weekend, which counts for a lot if you’re unlucky with the uglier side of Welsh weather. The biblical rainfall of 2015, for example, still sends a cold shiver down my spine. To give you an idea of what it looked like, metal legend Doro Pesch had to be carried to the stage by one of the crew as conditions underfoot were so treacherous backstage. The prices aren’t as horrific as you would expect to see at mainstream UK festivals either. Broadly speaking, the food and booze is locally sourced.

The festival has drawn many cornerstones of rock music to its unique surroundings – including UFO, Thunder, Europe, Dee Snider, Michael Schenker, Doro and Black Star Riders – while also offering a platform for the genre’s newcomers. Steelhouse’s appeal comes from throwing together the nostalgic thrill of the timeless classics while also supporting the fresh blood that will keep rock music alive.

That’s an invaluable commitment, especially during a time when many small music venues are under threat from developers. These stages are pretty big and there are plenty of eyes trained on acts just cutting their teeth or waiting to take the next step. Take, for instance, RavenEye’s performance last year.

The band have since put out their acclaimed debut, ‘Nova’, on the Frontiers Music label and more recently supported KISS at huge arena shows on the European leg of the glam-rock giants’ KissWorld tour. The Temperance Movement, who got tongues wagging after their performance in 2013, went on to become the guest band for the Rolling Stones in Europe the following year, racking up a couple of impressive LPs along the way.

This year appears to have a nice balance to it, too. Ragga-metal party-starters Skindred look set to deliver a triumphant homecoming set and heavy metal titans Saxon, with their full ‘Eagle’ production in tow, will top the weekend’s proceedings, while California’s Rival Sons, Ontario’s Monster Truck and Last In Line, featuring former members of the original lineup of Dio, are all flying in to play. There’s also Mr. Steve Harris taking time out from some other band to hit the stage with British Lion (the festival also carries the clout of Trooper Beer sponsoring the stage this year, no doubt something to do with a certain bassist).

Then there’s the latest missive from the new wave of British classic rock bands. Inglorious, who recently put out their Kevin Shirley-produced second album, Stonebroken and Broken Witt Rebels, who both made their Download festival debuts this summer, Tequila Mockingbyrd and Jared James Nichols will be out to make an impression. The next big thing is out there. Steelhouse could be where the world finds it.

Steelhouse Festival returns to Hafod-Y-Dafal Farm in Ebbw Vale between July 28 and 30. Head to www.steelhousefestival.com for the full line up and stage times.