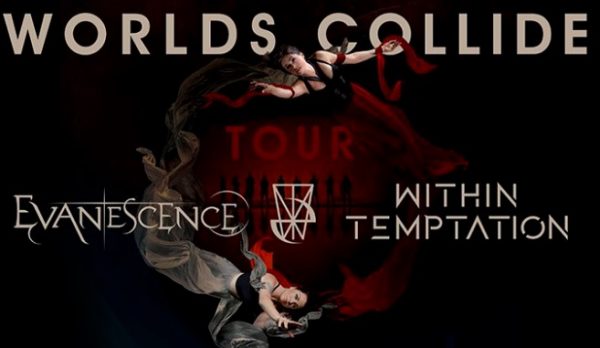 Evanescence and Within Temptation

Evanescence and Within Temptation have added new UK dates to their Worlds Collide Tour. The co-headline trek will now call at Glasgow’s SSE Hydro, Leeds’ First Direct Arena and Arena Birmingham following their previously announced show at the O2 in London and dates across mainland Europe.

Pre-sale opens at 9am on on October 31, prior to general sale at 9am on November 1.