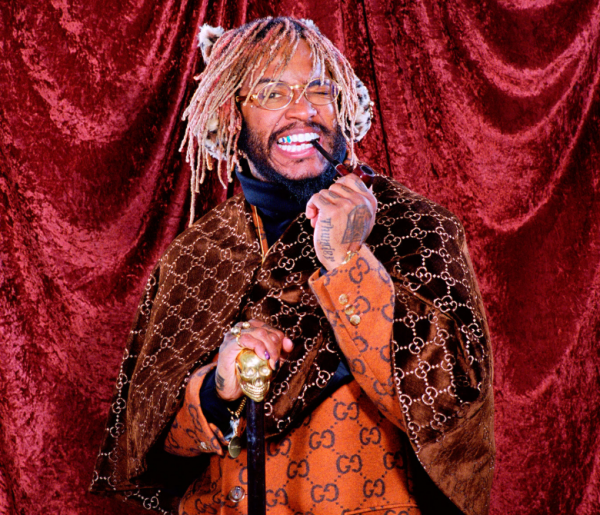 Hello young soul! I presume you’re here because you want some GREAT music in your ears on this fabulous Friday. Welcome home.

Thundercat’s back! Not that he’s really been gone for that long, but it does feel like a while since 2017’s ‘Drunk’. The R&B artist will release a new LP, ‘It Is What It Is’, on April 3 through Brainfeeder. Oh, and what’s more? The record will feature collabs with the likes of Ty Dolla $ign, Childish Gambino, Kamasi Washington, BADBADNOTGOOD and loads more. Sweeeet.

The first cut comes in the form of Black Qualls, a smooth-landing piece of soul that takes inspiration from 1970s harmonies and guitar licks in parts, but structure-wise is surprisingly all over the place and so, so enjoyable. (Also, check out his distinguished outfit in the pic above. So chic.)

I mostly included Big Yawn in this week’s blog because I was in the middle of doing a big yawn when I saw it pop in my inbox. That, my friends, is what they call fate. As it happens, the experimental electronic band’s new single Skin Rat (ewww) sounds a bit like that moment in a dark, underground cocktail bar where you get lost on the way back from the loo and can’t really hear anything except some pretty trancey beats. It’s woozy, trippy and rhythmically very interesting.

Skin Rat is the first single to be taken from their new album, ‘No!’ which is due on March 6. The album’s title comes from the frequent use of the word in the studio, the band eloquently say. “The louder, the looser, the more laconic it’s said, the bigger a laugh it gets. The joke is that NO actually means a yes. It’s an expression of camaraderie, a refusal to take shit super serious like”.

We all love anthropomorphism. That’s why Cheerbleederz’ video for Disco gets a mention this week! Their adorable stop-motion video was created by Jono Ganz and tells the tale of a lonely plant — who over the course of the clip grows eyes, wears a checkered shirt and gets licked by a snail — trying their best to fit in, and in the end embracing their differences, growing into a huge vine and making friends with the other plants.

Wholesome, lovable fun with a great message, the track is the second from indie-pop trio’s second EP, ‘Lobotany’, which is due on February 7. In addition, they’ll play Wales Goes Pop in April, so you should get some tickets for that. Although I cannot promise any dancing plants, I’m afraid.