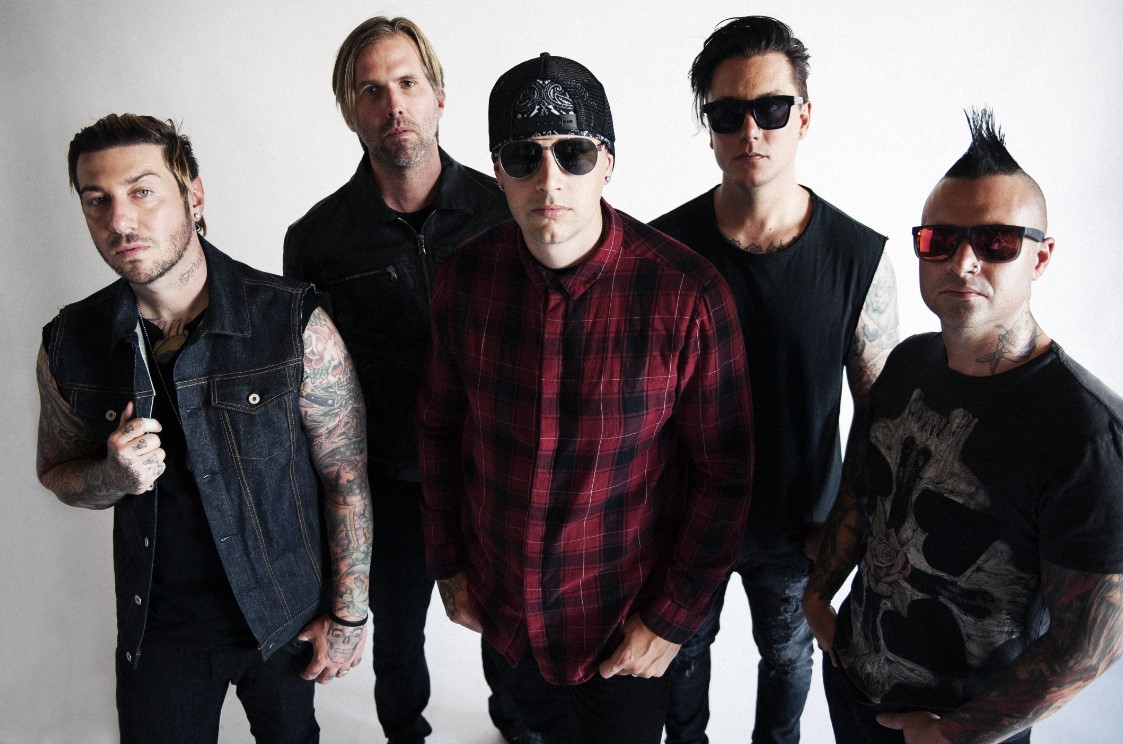 Avenged Sevenfold are back to their breathtaking best on ‘The Stage’ world tour. Jon Stickler saw them raise hell with In Flames and Disturbed in Cardiff…

The first metal extravaganza of the year hit Cardiff’s Motorpoint Arena on Thursday, bringing with it three huge bands, a lot of fire, expansive video screens, lights, cameras, podiums, catwalks and, naturally, a massive inflatable astronaut. This is what an Avenged Sevenfold show looks like these days.

It’s an early start for In Flames, who take to the stage at 6.15pm. The venue is only half full but the Swedish death metallers power through and intense 30 minutes of songs, including the more refined material on their latest offering, ‘Battles’.

Disturbed, meanwhile, turn up the brutality scale further and run through Prayer, Stupify, Ten Thousand Fists and Down With The Sickness, plus their spine-tingling take on Simon and Garfunkel’s The Sound of Silence is pretty special too. David Draiman makes odd noises, flames engulf the stage, the capacity crowd wave their phones around in the air.

After ‘Nightmare’ and ‘Hail To The King’ many dropped Avenged Sevenfold to the bottom of their playlists. Having returned with the super fast release of ‘The Stage’ a few months ago, the Huntington Beach quintet have upped their game and are back to crushing venues with a perfect arena rock album. 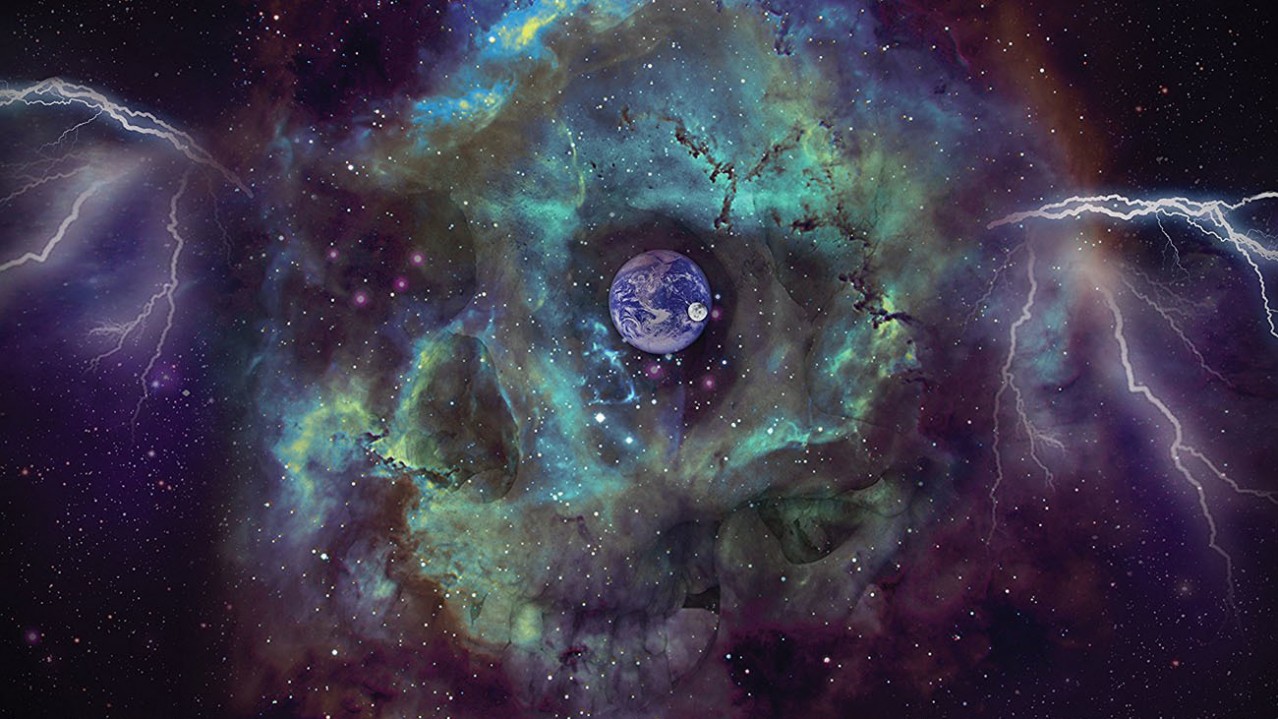 Opening with the new record’s title track before swinging into Afterlife and Hail to the King, wild drums, thunderous bass, rapid shredding, intricate solos and vocals that shift from guttural roar to anthemic singalong combine to batter the Motorpoint Arena.

The record’s only been out for a few months but the capacity crowd chant, roar and throw horns while screaming song lyrics back to the band word for word. Another new track, Paradigm, is followed by old school cuts To End The Rapture and Chapter Four from ‘Waking The Fallen’ before the slow burning Buried Alive.

The band keep bodies slamming into one another even through their more sprawling numbers, Nightmare, Sunny Disposition and Acid Rain. Proggy sounds from Dream Theater, widdly solos from Maiden, the swagger of Guns N’ Roses, the heavy riffs of  Metallica and gothic traits from Black Sabbath had Avenged Sevenfold dreaming big from day one and tonight’s white-knuckle ride of a show sees them bring all their influences together.

Sticking with the new record’s space exploration theme, the show draws to a close with a brief appearance from a huge inflatable spaceman, who rises towards the rear of the arena and looms over the audience for the duration of the last few songs while countless astral projections fill the room. 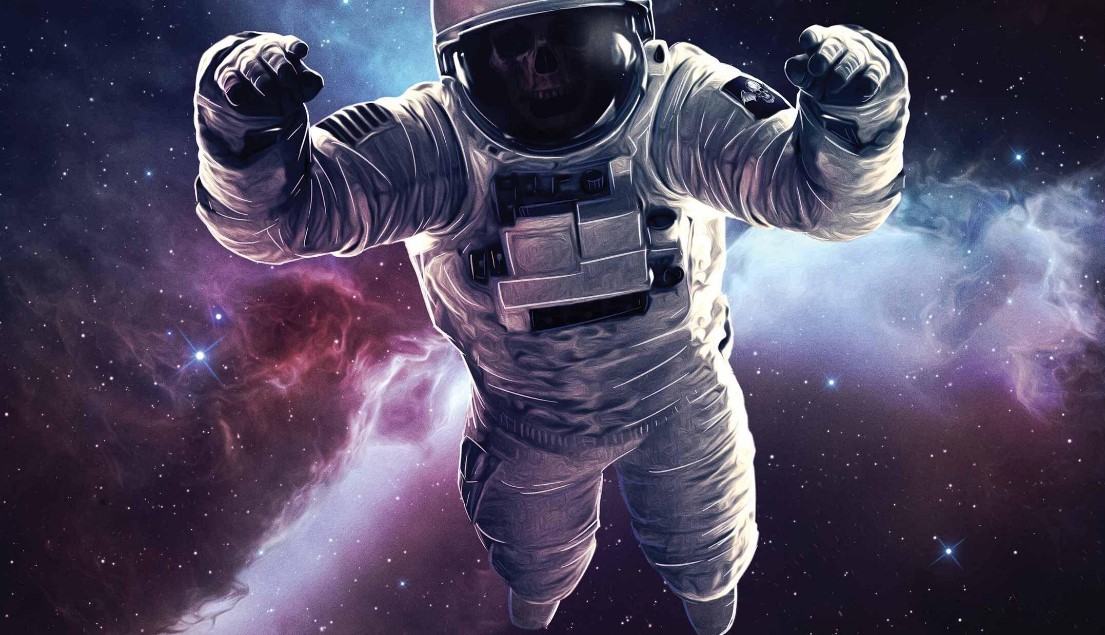 Returning to the stage with unwearied enthusiasm the band belt out Bat Country, A Little Piece of Heaven and Unholy Confessions while inciting the biggest pits in south Wales since Thatcher shut down the mines. The songs from ‘The Stage’ are just as fantastic in the live environment as they are on the album. The muscular tracks that kicked up dust on ‘City Of Evil’ and ‘Waking The Fallen’ have returned and on this evidence the band should be well equipped for festival season.