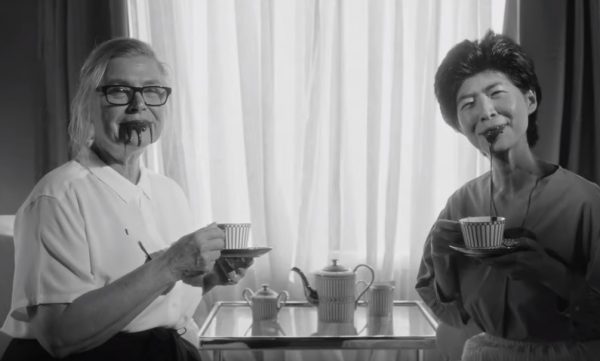 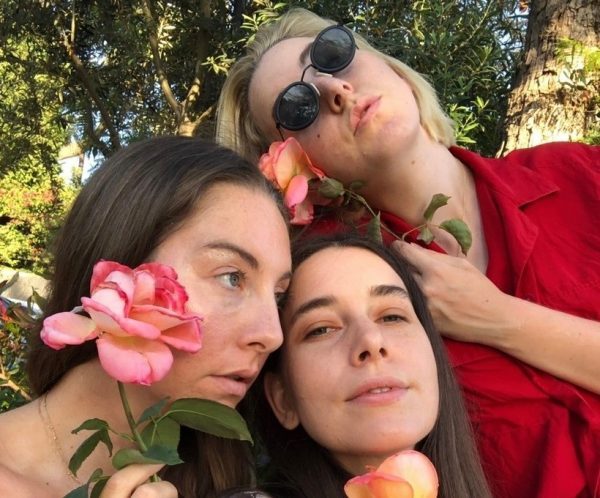 Now this is a blog post all about how, your week got flipped turned upside down. I’d like to take ten minutes, just sit right there, I’ll tell you ‘bout some brand new music that got released in Bel Air — and the rest of the world.

If you’ve been searching for something to fill that Maccabees-shaped hole in your life, then today is the day. Although there’s no new music to speak of yet, we’re excited for a new project from Orlando Weeks, former frontman for the now defunct cult indie band. He said:

“The album I’ve been working on for the last eighteen months is very nearly done. For me, holding my nerve has been a large part of finishing a record, and there’s a certain confidence that comes from discovering a song can survive in a room full of strangers. The flip side of that is that you unearth problems you wish had stayed buried. There’s every chance it won’t work, but that’s the gamble.”

Since his Gritterman project in 2017, Weeks has been working on the album for 18 months and counting. Finally, it’s almost here. He’s presenting the new material at some intimate performances around the country in September, so you should definitely get tickets if you wanna hear something brilliant. Meanwhile, here’s a throwback to the title track from the band’s last album, ‘Marks To Prove It’.

Elbow are back! Guy Garvey and co have released a new track from what is expected to be a new album. We say expected because nothing has been confirmed, all we have to go on is some posters emblazoned with ‘Giants Of All Sizes’ and ‘11.10.19’. Upon clicking through to the accompanying link, you’re given the following description:

“And I don’t know Jesus anymore. And an endless sleep is awaiting me. And I haven’t finished yet. And i’m not a dog for the end of days. I’m a bird in a hurricane. With the heaviest heart jackhammering in me. And I don’t know jesus anymore. Unstuck and the whole archipelago is rocking like a suicide pedalo at high tide. Blazing eyes hey how d’ya keep your eyes ablaze. In these. Faith free. Hope free. Charity free days.”

It goes on for a while, and we now realise these are the lyrics for the album’s first cut, Dexter & Sinister, a choppy indie track that cuts up a symphonic string section with a bassy guitar line. If their previous performances are anything to go by, this song is going to be pretty special at live shows, with a full orchestra accompaniment highly probable.

And now something for these hot, hot summer days. Those Californian Haim siblings have returned with new music in the form of an indie-pop ditty perfect for breezing through August on a yellow bicycle with hair a flowing. Danielle explained:

“This song started out as a garage band demo in my phone with just a bass line, drums, some gibberish and a doot doot doot little melody. I wrote it around the time my partner was diagnosed with cancer a couple years ago while we were making ‘STTY’ (he’s in the clear now!) We were touring on and off at this time and every time we were on the phone with each other, or when I would come home in between shows, I wanted to be this light that shined on him when he was feeling very dark. I wanted to be his hope when he was feeling hopeless. So I kept singing these lines – “I’m your sunny girl/ I’m your fuzzy girl/ I’m your summer girl – over the bass line. Summer Girl stuck.”

It’s a beautiful story for a beautiful song, and features a sax line written by Rostam Batmanglij, who you’ll know as the former member of Vampire Weekend. He still worked on the production side of things for the band’s latest album, ‘Father Of The Bride’, though, as did Ariel Rechtshaid from Haim’s story above. Oh, and did we mention Danielle Haim also provided some backing vocals on one of their tracks? Now THAT’S the kind of circle of friends I want to be a part of.

I pulled up to the website about three of four, and yelled to the editor “Go home, smell ya later!” I looked at my blog post, I was finally done, and sit on my throne as the Princess of Things We Love This Week. Or something to that effect. 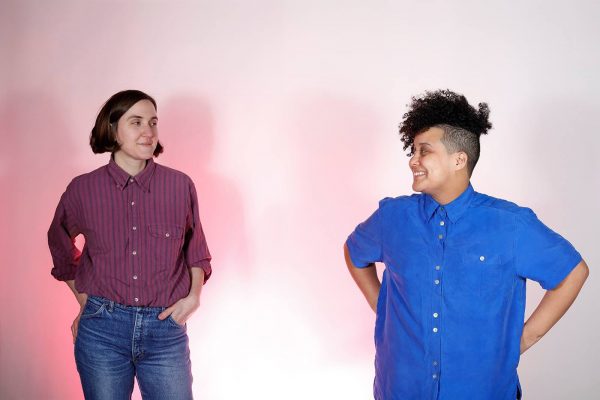 Although perilously tempted to include Lighthouse Family’s comeback in this week’s blog post, I have since been informed by the official Office Nark Police that that would be an incredibly lame thing to do. Hence, you’re not going to find out that anything about their new album or new tour. No Ocean Drive for you.

What a delightfully fun band. In a world where the Antlers are celebrating 10 years of the heart-breaking ‘Hospice’ and Daughter’s Elena Tonra can’t stop drowning herself depressedly in alcohol on her latest project ‘Ex: Re’, I am a firm believer that Sacred Paws are the antidote to all the sadness around us in 2019.

Aside from the upbeat, jangly guitars and an indie-pop rhythm section, they’re even having fun in the video. How can I join?

Tame Impala have released a new single, and it’s SO Tame Impala. Their first new material (apart from the endless side projects members partake in) since 2015’s ‘Currents’, think peak Kevin Parker vocals, a groovy bass line and some retro disco keys, and you’ve got yourself a psychedelic triumph. Nice one, lads.

While it’s hoped to be the first sign of a new album, nothing’s been confirmed. Fingers crossed!

What’s going on? I heard through the grapevine that some previously unreleased Marving Gaye material is dropping this spring. ‘You’re The Man’, a double LP recorded in 1972, will arrive through Motown/UMe on March 29, followed by a CD release on April 2 — which would have been the legend’s 80th birthday.

There simply ain’t no mountain high enough for that guy to climb, even posthumously.

McMahon won the Grulke Prize at SXSW last week —a title given to the most notable developing artists from outside the US. But prestige is nothing something that’s prevalent in her new single, which is about being bored, eating pasta, and playing with dogs. This couldn’t be more relatable to my entire life if she tried. It also helps that the song is super accessible, with a volta midway through turning that frown upside down.

“I spend so much time eating pasta,” she sings. Same, girl. I got you.

Catch McMahon at her one-off UK show at the Lexington in London on May 28.

HAPPY FRIDAY ONE AND ALL. I’m off for a week now. Laters.