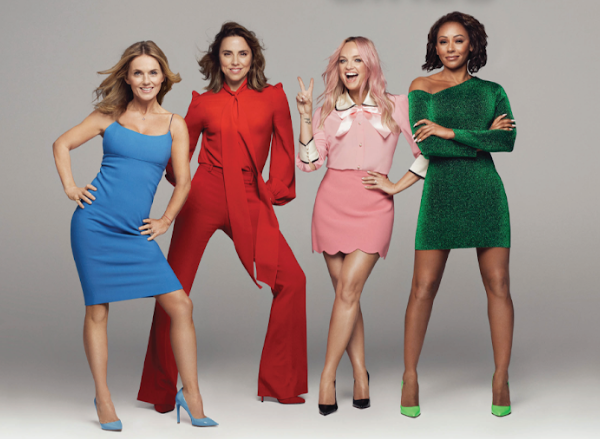 Mel B, Emma Bunton, Geri Horner and Melanie C have will be joined by special guest Jess Glynne at Cardiff’s Principality Stadium, Manchester’s Etihad Stadium, Coventry’s Ricoh Arena, Sunderland’s Stadium of Light, Edinburgh’s BT Murraryfield Stadium, Bristol’s Ashton Gate Stadium and London’s Wembley Stadium during June. Victoria Beckham won’t be joining them, though, due to her business commitments. In a statement they said:

The pop icons formed in 1994 and went on to world domination with hits such as Wannabe, 2 Become 1 and Viva Forever. They went on hiatus in 2002, returning for a tour between 2007 and 2008 and a one off performance at the London Olympics closing ceremony in 2012, the last time time they performed together. Discussing the new dates, the group said:

“We are beyond excited to be reuniting next year for a stadium tour! Bringing girl power and our message of friendship and love back to the stage feels more relevant than ever. We hope everyone can join us for one big Spice Girls party!”